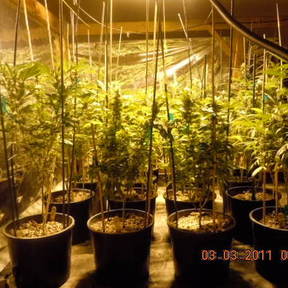 I grew my first plants in Atalanta in 1972, they were from columbian gold seeds. they both turned out to be males but that did not deter my interest.

while in atlanta i received my degree as a BME from ga tech. i bought my first high bay light in the mid 80s and started growing sensimillia for myself and a few fellow stoners. there were no grow shops. there were no grow bulbs or special nutrients. i had to wing it using seeds i had kept from good bag seeds.

in 1996 i bought my first computer and found hemp bc online. it was in the back rooms of hemp bc where i met many of my growing friends. up until that time i had never met another grower ever.

we had a group of growers who wanted to go beyond the boards so thanks to aeric77 shabang nl420 ncga skoosh vic high mr soul subcool old timer imgc danbo and many other we formed a loose group of private growers with the idea we would exchange growing ideas and genetics.

by that time my on line persona had become pi r squired , and the 77 had grown to over 50+ members. around 1990 shabang nl420 and skoosh started overgrow.com . the 77 were the founding members of that board.

since than i have continued to grow. i have never been a breeder but i enjoy growing and sharing genetics. this was instilled in me by my friend aeric77 / (rIp) whose motto was "the best way to save a strain is to give it away". ive always kept that close to my heart. over the years i have sent out thousands of cuts to growers i knew and growers i just met at no cost and many times i received nothing in return.

these days i have a small grow that i am trying to fill with quality genetics. i am hoping that i can become a niche grower and open my own shop along with a comedy club.

these are exciting times and im glad i am experiencing them before i get too old.

'tanks' for having me.

btw i am looking for work in the mj industry. i was a quality / mfg engineer in the auto and aerospace industry. 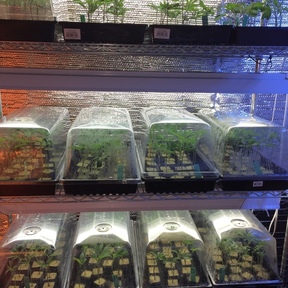 Very thurogh and kind. Everything went well and would recommended for everyone. Has elite cuts too